Tonight Clive will be speaking about the lost technologies, from the 19th century and why they are as relevant or more relevant now, than they were then.  Clive shall also speak about the latest breakthroughs in mental health and the latest understanding on how to repair your mind and body no matter the issue ( within reason!) 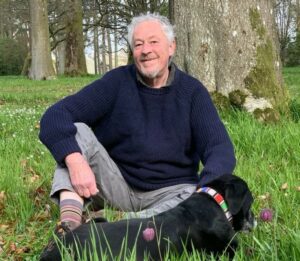 ​I have always been interested in natural health but my journey into health mastery really began at the age of 32 when I was hit by an entirely unexpected health emergency.  At the time I was right at the peak of my success as an entrepreneur in the field of ophthalmic optics and neuro-surgery, having founded both the UK’s largest contact lens company and a pioneering high-tech neuro-surgical and ophthalmic instrument equipment company. However, following a course of antibiotics prescribed for a minor health condition, I suddenly found myself hospitalised and in a critical state after a major reaction to the drug.Despite being fit and healthy, the antibiotic sent my body into extreme shock, resulting in Type 1 diabetes and crippling arthritis. Before I knew it, I could barely walk and soon holding a cup of tea or doing up buttons became impossible. I was hospitalised for weeks and the doctors told me there was no hope of a cure. My future looked bleak. However, I refused to accept the doctor’s verdict and determined to prove them wrong. I had already thrown myself into independent research using natural remedies and I decided to check myself out of the hospital and commenced a program of nutritional supplementation which completely reversed all the symptoms of arthritis. The doctors were astounded yet disinterested in how I had actually done it.

My recovery triggered a new thirst for knowledge. I developed a burning desire to find out what further hidden cures for disease might exist that could benefit humanity. I decided an important step would be to deepen my understanding of nutrition and I moved to Andalucia in Spain, purchased an organic farm and set about deepening my understanding of old plant varieties and our ancestor’s gardening techniques along with the relationship between soil conditions, nutrient levels and health.

As I am sure you know, due to modern industrial farming methods our soils worldwide are woefully deficient in minerals and, so are we, if we eat food grown on those depleted soils. So as most people simply can’t  get enough nutrients from their food, supplementation is a vital and a major key to reversing symptoms of disease by restarting the body’s innate ability to self repair.

After I left ophthalmic optics in the 1980’s, one of the companies I founded went on to become the UK’s largest supplier of contact lenses. We made Boot’s contact lenses and made lenses for many of the majors and the company is now owned by Johnson and Johnson. I also ran a lie detector company and imported rare cars from Japan, appearing on Top Gear in 1993.  I then switched to focussing solely on health.

​Today, over 30 years since my recovery I have been lucky enough to have advised thousands of clients and I am more convinced than ever that most disease can be primarily explained as nutrient deficiency and toxicity. I have also been priviledged enough to have met, interviewed and worked with many of the leading lights in the health world, from whom I learned so many miraculous solutions to the health issues of today.

This includes not just nutritional remedies but ranges from breakthrough stem cell and peptide therapy to quantum bio-resonance devices, neuro feedback, PEMF, diathermy, advanced diagnostics and many more exciting vanguard discoveries with the potential to revolutionise our expectations for humanity and health.