No Truthjuice Birmingham on 25th February 2020 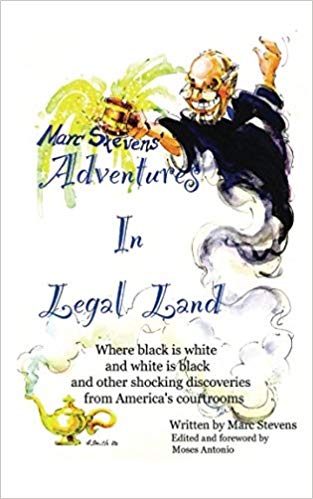 Welcome to legalskeptic, this site was inspired by the author of the book Adventures in legal land namely Marc Stevens & then No State Project. To learn more about Marc’s work, and his other book Government Indicted, you can visit marcstevens.net. The purpose of this website is to expose the Kafkaesque nature of the legal system particularly the British Courts, as well as the HM Courts of Canada, Australia, New Zealand etc.
What we teach is how to learn to effectively challenge bureaucratic attacks, we don’t teach you how to win, but to limit the damage they are going to cause you, because as Marc Stevens says, “once attacked by a bureaucrat you’ve already lost; this is to limit the damage they are going to do.”

What’s the talk about?

Richard Dawkins is well remembered for writing in The God Delusion “We are all atheists about most of the gods that humanity has ever believed in. Some of us just go one god further.”

Vin James invites you to go one god further than most atheists ever do, and reject the religion of statism. And would like to introduce you to the work, and writings of Marc Stevens founder of the No State Project, and author of Adventures in legal land 2003 & Government Indicted 2013.

Given the inevitable demise of the FMOTL movement many people who followed this internet craze, had nowhere else to go, yet Marc Stevens who was always fearlessly opposed to such methods has nonetheless continued in his pursuit of exposing the corrupt practices of the judicial system, and has successful continued to help people challenge and prevail in getting victimless bureaucratic attacks thrown out in the courts or prior.

So welcome to the world of the legal skeptic as we demonstrate by using the Socratic method, critical thinking, and an understanding of logical fallacies, you too can deal with, and effectively challenge the courts/legal system, should you be so unfortunate, to be on the receiving end.

Prepare to have your world view of society, politics, and the judiciary rocked to its core.