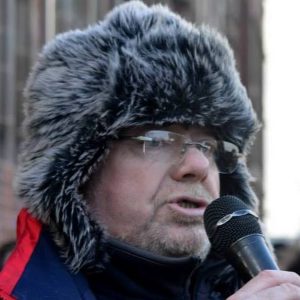 Some 2 years after his talk at truthjuice on the Brexit fiasco “the EU Hokey Cokey”, Ian returns with a talk  showing where he has directed his energy over the last 2 years (in comparison to Teresa May!)

Ian has been supporting David Noakes in his 500 days of persecution over GcMAF use in helping people with various medical conditions including Kancer.

Ian has been a close ally with Mark Steele in his fight to expose the truth about 5g, attending numerous court cases brought by the local authority .

Ian has been a leading voice in the campaign against  fracking. Presenting information to both the public and authorities whilst fighting the judicial system in various court appearances.  Ian has been residing at various fracking camps and criss crossing the country to help campaign groups.

Ian has also organised the Alternative View conferences.  This year AV10 will take place from 10th – 13th  May in Milton Keynes.