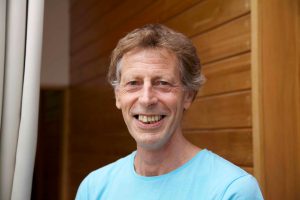 Discover the evolutionary spiritual power of Sedna, the new esoteric outer limit of our solar system and learn of the profound implications for society and for each of us individually in the coming years, as she approaches her closest point to Earth. This talk by New Zealand astrologer, Alan Clay, pushes back a little on all the victimisation interpretations of the planet that come from the myth and looks a little at Sedna and illness. Alan likes an interactive discussion, so is happy to take questions and give feedback on particular placements, or aspects.
Alan draws the connection between Sedna and the centaur, Pholus, because they both have a ‘space weathering’ process that turns the surface of each red, so in his mind they both have to do with growth. And he links it with Ceres, because they both likely have internal oceans, so they both speak of a nurturing process. And with Saturn, because their daily rate of spin is the same, so they have the same day to day practical perspective and both speak of limits. Sedna is of course the esoteric new outer limit of the solar system.
Ceres was an asteroid, but was upgraded to be a dwarf planet. We can think of Ceres as the higher octave of the Moon, meaning that the emotional security of the Moon is transmuted into a sustenance and nurturing of our spiritual security and sense of place on Planet Earth with Ceres. This is very similar to Sedna, only Sedna operates on a far vaster scale, so we may find that Sedna is the higher octave of Ceres, where the spiritual security and sense of place on Planet Earth with Ceres, is transmuted into transpersonal nurturing of our spirituality and sense of place in the evolutionary cycle with Sedna.
New Zealander Alan Clay has been a practising astrologer for over 40 years, with a background as a humanistic astrologer inspired by the work of Dane Rudhyar. Over the past 20 years this has broadened into a study of Chiron and the Centaurs and more recently into the newly discovered Dwarf Planets. His book, ‘Sedna Consciousness, the Soul’s Path of Destiny’ was very well received at it’s launch at UAC in Chicago and reviewers have called it: ‘a groundbreaking book’, ‘essential reading for astrologers’.’a well-written, well-researched, and easily readable book’ and ‘a treasure trove of information and inspiration’. Alan will be lecturing on Dwarf Planet Astrology at the Federation of Australian Astrologers Conference in Melbourne in January 2020 and at the IVC Conference in India in February 2020. www.sednaconsciousness.com

Sedna Consciousness The Soul’s Path of DestinyBook Review in The Mountain Astrologer MagazineSedna, a trans-Neptunian object, was discovered in November 2003. Originally called planet 90377, Sedna exists in the outermost reaches of our solar system in the Oort Cloud. It has a highly elliptical orbit with a period of 11,406 years, and its extreme distance and slow movement relative to Earth mean that Sedna was in one sign, Aries, from 1867 to 1968, moving into Taurus in 1968. In 2076, Sedna will be at her closest point to Earth since the end of the last Ice Age (i.e. the Neolithic Revolution) around 12,500 years ago.Alan Clay speculates on Sedna’s meaning by applying methods that astrologers have employed with other newly discovered bodies: He considers its previous (in this case, epochal) cycles, its orbital and physical characteristics, and the events surrounding its discovery in 2003. Only secondarily does he include Sedna in mythology.Due to this object’s great distance from us, Clay associates Sedna with “a far bigger and more spiritual perspective” than any other known body. The events he relates surrounding the discovery date include the Nobel Prize in Chemistry for “groundbreaking research on how cells communicate and co-operate to form a living eco-system”; the development of neural networks and the rise of Artificial Intelligence (AI); and “the proof that roughly 68% of the universe is something called Dark Energy and 27% is something called Dark Matter.”In making the case for Sedna’s meaning, the author delineates horoscopes with considerable biographical detail of individuals who display what he identifies as significant Sedna themes: James Lovelock (Gaia Hypothesis); Ray Kurzweil (Futurist); Rachel Carson and Sally Ride (Climate Change); Thomas Edison and Steve Jobs (AI Enablers); Edgar Cayce (Health); and Helen Keller, Bhagwan Shree Rajneesh, and Osama bin Laden (Consciousness).In the next nearly 1,000 pages of the text, the author delineates Sedna in the signs, houses, and (in particular detail) the aspects. He includes Sedna in major aspects (conjunction, opposition, sextile, trine) and minor aspects (semi-sextile, semi-square, sesquiquadrate, inconjunct, quintile, bi-quintile) to the Sun, Moon, planets (Mercury through Pluto), and the new dwarf planets (Ceres, Ixion, Orcus, Makemake, Haumea, Varuna, Quaoar, Eris). If readers are not familiar with these bodies, the author introduces their respective traits — e.g., “Ixion is utter lawlessness”; “Makemake is the Divine trickster”; “Varuna deals with questions of the gain and loss of reputation and the issue of immortality through fame.” There are hundreds of biographies and chart analyses in these pages, all with extensive life details culled from Wikipedia and other sources.Alan Clay is in the early wave of astrological pioneers drawn to investigate the dwarf planet Sedna, named after the Inuit goddess of the sea. His comprehensive biographical and astrological research comes together in this unusual book — a collection of life stories and experiences from the “weird new outer limit of our consciousness which is stretching our concepts of reality and is pulling us to look at ourselves as part of the very big picture.”