Telepathy and the Complete Human

An exploration into the power of telepathy and the suppressed potential of the human mind to shape our physiology. We will examine our true abilities to communicate with each other, re-engineer our bodies at will, prevent aging and infirmity and look at the nature of our connection to the universe.

Born in London, grew up in Essex, England. Began his career as an Animator, Graphic Designer, Portrait Artist then moved over to Computer Programming.

In 1997 he was headhunted by an American Technical Consultancy Firm and subsequently emigrated to New York.

While there he worked full time developing financial software for Wall Street firms and part time as a volunteer
firefighter, taught Web Programming at Night School and was a Football Coach and a Lions Club Member.

On returning to England in late 2009, He continued his career in software design while trying to figure out a way not to.

After witnessing 9/11 at close range Dave began to wake up to the NWO agenda soon after, realising he had been programmed himself.

Since that time he has extensively researched many aspects of our lives that we take for granted such as Money, Banking, Law, Health, Consciousness, Human Potential and Free Energy.

Regarding the latter, he has performed many startling experiments with the Bedini Energiser and eventually purchased a 10 coiled device from John Bedini himself. 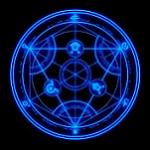