Indigenous of a shire of Eburaci, Albien, so congenitally Albic or an Albannach (now synonymous in the modern age with Scotsman but universal with the entire island of Albien), City and guilds Qualified builder, married, freeman on the land verbally declaring natural/common law, un-bonded in surety at present but open to offers.

“The History Of The Enslavement Of The British Isles”

Before 1066 what is now known as the land of the Angles was known under its true name, Albion, and the Albic peoples were free. The immigrants from Germany, the Angles and the Saxons, through their Roman Catholic masters, and its iniquitous subjugated European supporters, enslaved the nation, a slavery that has not abated in a thousand years. Sovereign thinking is the basis of the Roman Catholic strategy in maintaining a subjugated mind. Through understanding the true history and heritage we all share, a greater appreciation of how we arrived in the situation of a prison planet can be considered

“When the powerful dominate the prison planet, come and hear the solutions”

Corporate Government dominates estate, so is known as state, being one body politic upon the estate held within its dominance.

Estate itself is a legislated fiction upon allodial right of use.

All corporation is born from a charter:

All Charter is a superior granting an inferior man a right.

Government functions upon legislation, through the contrived authority of democracy:

Legislation (lēgis lātiō – wide (broad) of the law ) – Mutable (constantly changing) legislation is always attended with evil, it renders the law uncertain, weakens its effects, hurts credit, lessens the value of property, and as they are made frequently, in consequence of intrinsic directed influence, laws of legislation operate very unequally.

Democracy is government through representation, meaning the minority are dominated by the majority, but in practice it means the elite minority control the majority through the media and sophist rhetoric, within corporate structures which they dominate.

A corporation is a fiction of legislation granted privilege (a right to steal) through charter.

Corporations are recognized by legislation to have rights and responsibilities like natural man/woman, in action they function as arcane clinical psychopathy’s within society.

Communism is battery humans, a cog in the machine of an all powerful state, drained through the commonality of physical slavery.

Capitalism is ownership of resources by a minority to dominate the majority through the control of those resources.

As a continuation of my previous talk, I will explain what we can all do to create a society we would transform ourselves, our environment and our prosperity within, through natural (Common) law, rights of use, polycentric community and human energy economics.

Servant  of the Light 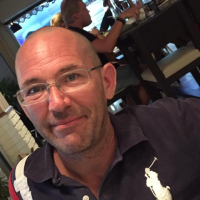